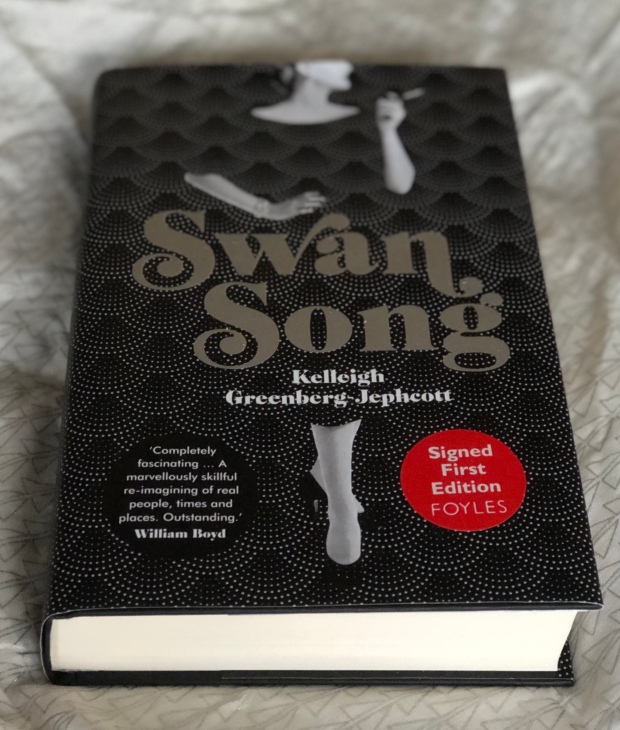 They told him everything.

He told everyone else.

Over countless martini-soaked Manhattan lunches, they shared their deepest secrets and greatest fears. On exclusive yachts sailing the Mediterranean, on private jets streaming towards Jamaica, on Yucatán beaches in secluded bays, they gossiped about sex, power, money, love and fame. They never imagined he would betray them so absolutely.

In the autumn of 1975, after two decades of intimate friendships, Truman Capote detonated a literary grenade, forever rupturing the elite circle he’d worked so hard to infiltrate. Why did he do it, knowing what he stood to lose? Was it to punish them? To make them pay for their manners, money and celebrated names? Or did he simply refuse to believe that they could ever stop loving him? Whatever the motive, one thing remains indisputable: nine years after achieving wild success with In Cold Blood, Capote committed an act of professional and social suicide with his most lethal of weapons . . . Words.

A dazzling debut about the line between gossip and slander, self-creation and self-preservation, SWAN SONG is the tragic story of the literary icon of his age and the beautiful, wealthy, vulnerable women he called his Swans.

‘Writers write. And one can’t be surprised if they write what they know.’

‘And perhaps it was then that he had his great idea to seek us out.  To befriend us.  To punish us for a crime we hadn’t the faintest idea we’d committed.’

I had a copy of Swan Song on my shelf which I had bought as soon as it was published.  I had also treated myself to the audio book of Swan Song, narrated by Deborah Weston, and it is divine.  Truman Capote and his Swans burst out of the stereo and into my head, but it wasn’t enough.

I pulled my copy off the shelf and started to read, and lost myself completely in the sumptuous world of Truman Capote and his Swans.

Swan Song is the story of the American writer Truman Capote, and the six women in his life, who provide his social calendar, masses of gossip and scandal, and give him the social acceptance he needs to secure his place in the ever changing, vicious and glittering world he longs to be part of.

There are six women he considers closest to him, who earn the title of Swan.  They are Babe Paley, Slim Keith, Lee Radziwill, C. Z. Guest, Gloria Guinness and Marella Agnelli. He is their confessor, their friend and the one person that gives them unequivocal love and support. Each of them give him something different, and he has no qualms about using them to gain what he wants too. He is adept at flattering and cajoling each of them, to make them feel that they are the most important women in the world to him, and to make sure that they grant him access to the most exclusive social circles and help him become a darling of the social scene.

Swan Song takes us all the way back to Truman’s childhood, and his complicated relationship with his Mother.  From an early age, Truman is determined and driven when it comes to his career, and we also see how his physical limitations and childlike voice are the very things he uses to create his larger than life and eccentric persona.

As Truman becomes more and more involved with his Swans, you understand that behind the seemingly glamourous facades of their lives, they face the same issues and insecurities as we all do.  The real lives of the Swans are laid bare to Truman, and he makes sure he becomes indispensible.  He is always there to accompany them to lunches at places like The Plaza and Le Cote Basque, and to be their plus one at parties and on holiday too.  The women need Truman as much as he needs them.

When he decides to hold The Black and White Party, very quickly it becomes THE social event of the decade. People are desperate to be invited, and will do anything to secure one of the crisp hand written invitations.  Truman’s place as a doyen of society, with his jubiliant Swans at his side, finally seems to be within his reach.

Truman has been riding high on a wave of notoriety since the publication of his non-fiction novel In Cold Blood, and is desperate to ensure he stays in the limelight.  His desire to be loved and adored, coupled with his intimate knowledge of the lives and loves of his Swans, culminates in him publishing the most incendiary writing of his career, but for all the wrong reasons.

His work called Answered Prayers is serialised in Esquire Magazine, and is essentially very thinly veiled attacks on the very women who have helped him get where he is today.  The New York Social Scene has no difficulty in identifying the ‘stars’ of this particular story, which pushes the Swans into the spotlight for all the wrong reasons.

Truman’s decision to effectively commit social suicide leaves him isolated, bereft, and spiralling downwards in an ever increasing haze of drugs and alcohol.  From being a celebrated and admired novelist, he is reduced to making appearances at the notorious Studio 54, where he is more a figure of ridicule than an esteemed writer. For Truman now, the very women who could rescue him, are the ones he can never talk to again.

There were so many things I loved about Swan Song. Truman’s perfectly calculated detonation of his articles, were so vividly brought to life by Kelleigh.  It is impossible not to feel the devastation of the Swans about what has happened.  You feel their betrayal, their disbelief that the man who had been taken so easily into their confidence could hurt them all so knowingly and deeply.

Kelleigh’s own non-fiction fiction novel is one you simply sink into, and lose yourself in completely. It is a world of privilege, of decadence and beautiful people and clothes, where you were judged by what you wore, who you lunched with and who dressed you.

I think this is one of the interesting and relevant issues throughout Swan Song, that although it is very much of its time, many of the themes around the notion of celebrity, the role of women in society, and how important it is to be liked, and have followers who dote on your every word, is still as relevant if not more so today.

Swan Song may have been published last year, but it will be in my Book of The Year list for 2019.  It is a stunning and revelatory exploration of celebrity and how Truman was desperate to stay relevant within a world which is ever changing and looking for the next big thing.  Once you pick up this novel, it is impossible to put down. The way in which Kelleigh weaves not only the main narrative, but also the stories of the Swans too, is a feat of storytelling that will leave you wondering where the time has gone!

It is so difficult to put into words how much I loved this novel.  I sat with a copy of The Party of The Century by Deborah Davis next to me, because this book is such an immersive experience, you don’t just want to read about the women, you want to see them, to determine what attracted them to Truman.

Kelleigh’s exquisite writing and pitch perfect social commentary, helps us to understand why they unquestioningly accepted Truman into their lives, only to be voiceless bystanders as he set alight the very world he was so desperate to be part of.