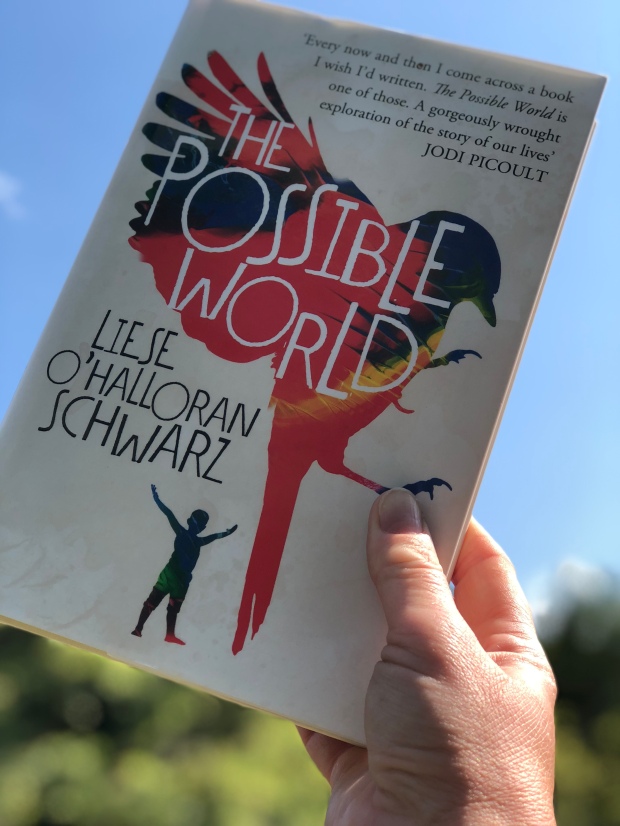 What The Blurb Says :

Ben is the sole survivor of a crime that claims his mother and countless others. He is just six years old, and already he must find a new place for himself in the world.

Lucy, the doctor who tends to Ben, is grappling with a personal upheaval of her own. She feels a profound connection to the little boy who has lived through the unthinkable. Will recovering his memory heal him, or damage him further?

Clare has long believed that the lifetime of secrets she’s been keeping don’t matter to anyone anymore, until an unexpected encounter prompts her to tell her story.

As they each struggle to confront the events – past and present – that have defined their lives, something stronger than fate is working to bring them together…

“A red blood cell lives 120 days and then dies, part of the natural senescence happening all over our bodies all the time.  Everything about us is constantly dying and regenerating.”

It is hard sometimes to pick up a book and read it when you have heard so much about it.  There is always that niggling doubt that you will not love it, that you won’t understand what all the hype is about, and more crushingly, that you simply won’t finish it (hence my Years Of Reading philosophy!).

The Possible World brings us into the world of three characters – Ben, Lucy and Clare.

Ben, is six, and is brought to hospital after surviving a gun attack at a friend’s birthday party, where all his friends and Mum are killed in cold blood by a man who perversely sees himself as doing Ben a favour by not taking his life.

Lucy is the doctor who looks after Ben when he is initially admitted to hospital.  There is a scene near the start of the novel, where Ben is being examined by Lucy, and she realises his hair is matted, not because it is dirty, but because it is coated in blood.  The power of that scene for me is breathtaking, as Lucy realises what Ben has been through, and although immensely moved by what he has seen, she still has a professional duty to treat him as she would any other patient.

It soon becomes apparent that Ben will not answer to his name.  After some careful guidance, he reveals that his name is Leo.  His reluctance to talk about what has happened is seen as his state of mind, and everyone assumes that Leo is a facet of Ben’s personality he is using to hide behind as he comes to terms with the reality of the attack.  Lucy starts to spend time with him, to try to unravel what has happened, and why he is so desperate to find a woman called Clare.

I have to admit, that I thought at first The Possible World was going to be simply a novel about a woman bringing a child back from the brink, and that Clare would turn out to be a neighbour or Ben’s Grandma, who would reconcile with him and they would all live happily ever after.

It is very difficult to succinctly explain to you how much more The Possible World is.  It is an epic novel about love, loss, grief and the possibility that our world is far more complex that we can ultimately comprehend.  It is at times brutal and uncompromising, but is imbued with such tenderness and compassion that you cannot fail to be moved by it.

Clare, it transpires, is an elderly resident of a nursing home, an unwilling participant of the day-to-day activities, who has resolutely denied herself the opportunity of getting to know anyone, for fear of having to reveal something of herself.  When she meets Gloria, a vibrant, passionate and fearless fellow resident, she is persuaded to tell her the story of her life, which Gloria records.

Through Clare’s retelling of her story, we learn how she came to be living in a remote cottage, near an extremely strict Boys Residential School.  Apparently alone in the world, she is attempting to create a life for herself, away from the confines and expectations of a society she feels has done nothing except disappoint her.  Clare has experienced an unhappy marriage and devastating losses, and the physical labour and solitary existence she craves give her the chance to heal and live in peace.

Into this solitude bursts Leo, one of the young boys from the school, who has been placed there by his mother for fear of upsetting her violent husband.  Clare is reluctant to let Leo in to her life, but she is astute enough to realise that they are perhaps kindred spirits, pushed into an unhappy life that they have done nothing to deserve.  Together, Clare and Leo work the land and start to realise that in each other they may have found the familial bonds they have been missing.

The novel moves between the stories and lives of Leo/Ben, Lucy and Clare, pulling us backwards and forwards in time, moving between the characters at a pace which at times cleverly serves to disorientate us, giving us a real sense of the confusion Leo feels, as he battles with the very strong realisation he needs to get to Clare as soon as possible.  This is one of the many staggeringly astounding things about The Possible World.  The narratives shift constantly, and little by little, the connections between Leo and Clare are revealed – the stories which at first seemed entirely disparate, are in fact so tightly bound together, that you understand every page that Liese has written has been plotted so tightly, the execution is seamless.

When I had finished the novel, I was reading back through the chapters to check a couple of things, and I noticed sentence that Leo said, a feeling that Clare had, and realised how truly magnificent a feat this novel is. Right from the start, the seeds of what is really happening are sown, and little by little, you understand exactly why Leo has to see Clare.

The Possible World is one of those books that when you finish it, you can’t quite believe it is over.  It is an engaging, thoughtful and powerful novel, with characters you love, and want only the best for.  The complex relationships between Leo, Clare and Lucy are so tenderly written, that you never doubt for a minute how strong the bonds between them are.

The Possible World is a gloriously different and challenging novel, that will pull you in from the start and leave you stunned when you finish.

“Before they were so many gaps; now they are filled, right to the smallest warm corners. Nothing important is missing”.

2 thoughts on “The Possible World by Liese O’Halloran Schwarz”