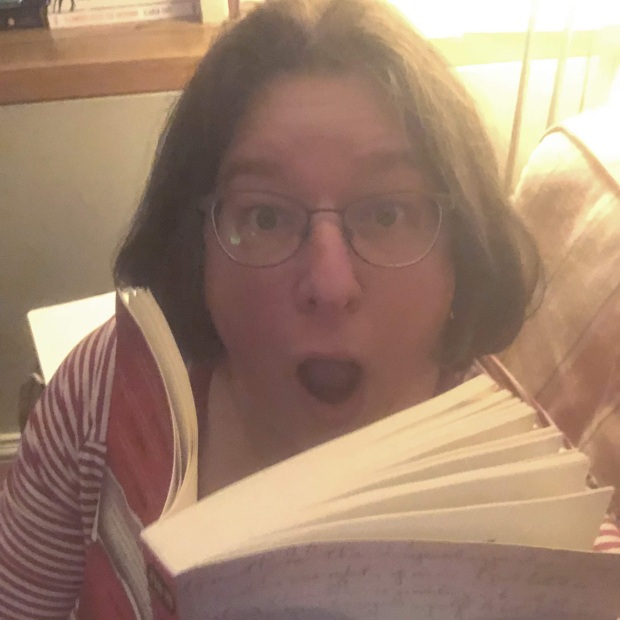 ALICIA
Alicia Berenson writes a diary as a release, an outlet – and to prove to her beloved husband that everything is fine. She can’t bear the thought of worrying Gabriel, or causing him pain.

Until, late one evening, Alicia shoots Gabriel five times and then never speaks another word.

THEO
Forensic psychotherapist Theo Faber is convinced he can successfully treat Alicia, where all others have failed. Obsessed with investigating her crime, his discoveries suggest Alicia’s silence goes far deeper than he first thought.

And if she speaks, would he want to hear the truth?

As regular readers (Thank you Mum and Dad), of my blog will know, I am not one for posting pictures or videos of myself on the interweb to publicise books.  Sometimes, when you read something that is so brilliant, that gives you that ‘WHAT THE ??’ reaction, sitting down, firing up your laptop and being witty and erudite at the time is not what it needs.

The picture you see on this blog post, is me, just after I had read #ThatPage of The Silent Patient.  I can honestly say, this is the first novel in a long time that has made me stop and re-read the previous pages to see if I missed any clue, any sign of what was to come (spoiler alert  – not one thing!).

The Silent Patient is the story of Alicia and Gabriel. A happy Instaperfect couple who seemingly have it all.  In love, successful and full of life, they inhabit a world we can only dream of – until Alicia shoots and kills Gabriel, and from that day on she does not speak.

Baffled by her mutism, unable to understand why Alicia killed Gabriel, she is sent to The Grove, a secure unit where she is sedated, silenced and unable to communicate with anyone.

Theo Faber decides that he is the therapist who can finally reach Alicia.  He is determined to be the one person who can make her talk and explain why she killed her husband.  The thing is, Theo is not doing this out of the kindness of his heart, he has an agenda.  He is fully aware of the kudos and celebrity cracking a case like this will bring, and his self-assured manner and downright arrogance means that from the start, you sense that he doesn’t truly have her best interests at heart.  Theo is mesmerised by Alicia, and will do whatever it takes to ensure he is the man she will owe her recovery to.

Alicia’s silence is due in part to the heavy doses of medication she has to take, and when Theo convinces Diomedes, the head of the unit to decrease the dosage so he can start to try and communicate with her, you know that this is finally the start of the process of Alicia’s recovery.

As Theo starts to work with Alicia, his personal life is also brought into focus, we understand that things are not going well for him with his wife Kathy, and he is forced to confront the fact that is own marriage may not be as happy as he believed. As a result, the ethical lines start to become blurred, and Theo researches Alicia’s life before Gabriel was killed.  He becomes increasingly obsessed with Alicia, and wants to be her saviour, which means that he will do whatever he needs to to ensure he is the one person she relies on.

I think that the notion of power is a very interesting one that runs throughout this book. Theo believes he is the powerful one as he has the academic knowledge to make that vital breakthrough with Alicia, but increasingly it becomes clear that she has all the power in the relationship.  As she comes off her medication, Alicia does not suddenly start to talk in a bid to prove her innocence.  She delights and frustrates Theo in equal measure, communicating with non verbal gestures, then retreating completely.  It is only when Theo sets up a room for Alicia with all her painting materials that he starts to see she is communicating to him through her art.  It is also worth noting that Alicia at the time of the murder, was working on a self portrait she had called Alcestis – the story of a woman who gave her life for her husband, and when she was returned to life, she was mute, filled with rage that her husband would allow her to sacrifice herself so he could live.

When Alicia gives Theo her diary to read, he feels that he has finally made the breakthrough he had been desperate for, and that his success will only be matched by Alicia’s gratitude. Even more amazingly, when Alicia finally starts to speak, she is able to finally start to fill in the events surrounding Gabriel’s death and make sense of what had happened to her.

From that point on, The Silent Patient twists and turns and pulls and pushes you, hurtling towards that exquisite moment when the penny finally drops, and you will finally understand why I posted that picture!  In The Silent Patient, Alex Michaelides has written a triumphant first novel.  It is perfectly plotted and filled with characters who delight and revolt you with equal measure, as you turn the pages desperate to understand why Alicia does not speak.  The Silent Patient is a debut novel that achieves that rare phenomenon of being an absolute jaw dropping page turner,  but is a clever dissection of the power of speech and mental health too. You will be hearing a lot about this novel, and quite rightly so – it might only be February, but it is one of my novels of the year.

Buy it, read it, and when you get to ‘that moment’, you will understand exactly why I absolutely loved it.

Thank you to Poppy Stimpson and Ben Willis at Orion for gifting me a copy, and to Alex Michaelides for helping me well and truly get my reading mojo back!

13 thoughts on “The Silent Patient by Alex Michaelides”